Another Look at Vera Miles

Because things have been so busy this holiday weekend, I have not gotten around to seeing the new movie "Hitchcock" (2012) a docu-drama purportedly about the making of Alfred Hitchcock's classic "Psycho" (1960), but I want to.  I admit, however, that I am a bit wary of the movie after reading reviews indicating that the movie heavily fictionalizes the details of the making of the film, and the relationships of its real-life participants and collaborators.  I read the Stephen Rebello book that the movie is based on, "Alfred Hitchcock and the Making of 'Psycho'" many times through the years and can recall many of the documented anecdotes and incidents that Rebello uncovered in his research.  With that foreknowledge, I am afraid that I'll be sitting there with skepticism if I see something depicted in "Hitchcock" that runs counter to what I already know are the established facts surrounding "Psycho." 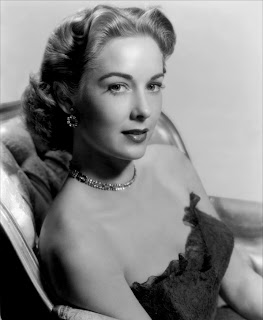 That being said, I have to admit that I am glad the movie exists because it has brought some well-deserved attention to the career of actress Vera Miles, who starred in "Psycho" as Lila Crane, the younger sister of Marion Crane (Janet Leigh) in the movie.  It has been well-documented that Miles was a Hitchcock protege that he put under contract in an effort to groom her to become another Grace Kelly, and that he lost interest in her when she became pregnant and bowed out of starring in "Vertigo" (1958).  According to Rebello's book, Hitchcock cast Miles in "Psycho" in a money-saving effort to cast a relatively well-known actress in the role of Lila who he didn't have to pay a huge salary to because she was already under contract to him.  There's an assumption that Miles lost the chance to become a big star by not appearing in "Vertigo," but I have always disagreed with that.  "Vertigo," by many accounts, was not a huge box-office hit at the time.  Thankfully, in later years it has been accorded the level of esteem that it deserved, but it did not happen right away.  I don't think Vera Miles would have been catapulted into the stratosphere of super-stardom if she had simply appeared in that film because it wasn't as appreciated at the time.  It's also not fair to single her out as the odd-man in the Hitchcock leading lady sweepstakes.  It's not as if Eva Marie Saint, Janet Leigh, or Tippi Hedren continued to set the world on fire with choice roles in major theatrical features in the decades that immediately followed their work with Hitchcock. 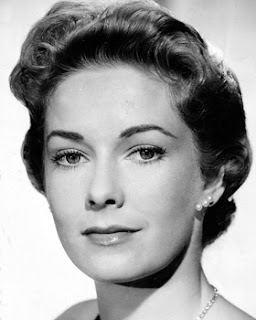 I always felt it was inaccurate of film historians to discuss Vera Miles as an actress who somehow had a "lesser" career because she didn't appear in "Vertigo."  If you look at the body of her work, she had an extraordinary career both before and after her collaborations with Hitchcock that belies any notion that she had missed her potential.  She was wonderful in John Ford's "The Searchers" (1956) and "The Man Who Shot Liberty Valance" (1962), and worked with directors as diverse as Don Siegel, Henry Hathaway, and Robert Aldrich.  Even though she missed the chance to star in "Vertigo," she nevertheless worked with director Alfred Hitchcock on "The Wrong Man" (1957), "Psycho" (1960), and on episodes of "Alfred Hitchcock Presents" and "Ford Star Time."  She also worked with "Vertigo" leading man James Stewart on both "The FBI Story" (1959) and on the aforementioned "Liberty Valance" (1962).  One can argue that, even if she didn't do "Vertigo," she still enjoyed the benefits that would have come from appearing in that film by working with its director and star on other projects.  I was always offended by Jane Fonda's mean-spirited line in the movie "The Morning After" (1986).  Fonda played a drunken, washed-up actress in that film who boasts to Jeff Bridges that "They were grooming me to be the next Vera Miles...I was supposed to replace somebody the audience didn't even know was missing."  It was a smug line that was totally unjustified in the context of discussing Vera Miles. 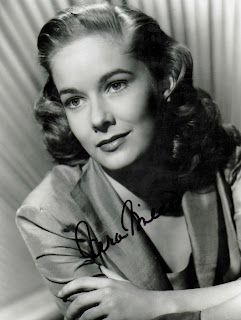 In the end, by following her own path, I think Vera Miles had a much better career by becoming the sort of "TV guest star" actress from the 1950s through the mid 1990s that allowed her to play a variety of roles that she would probably have been prevented from doing if she had become a stereotypical "movie star."  I never considered Vera Miles anything less than a supremely successful actress due to her frequent appearances on episodic TV guest appearances and TV movies in the 1970s and 1980s during the time I was growing up.  Her credits in this category are too numerous to mention and I would wager that her frequent appearances helped her accumulate a SAG pension that most actors would envy.  I particularly remember Vera Miles fondly in the 1976 ABC TV movie "Smash Up on Interstate 5."  Miles played an attractive, middle-aged divorcee who finds herself falling in love with a hunky, much younger truck driver (David Groh), who rescued her from being picked on by a motorcycle gang.  Both she and Groh end up being statistics in the film's eponymous massive freeway car pile-up.  Miles defied the sort of stereotypical assumptions Hollywood has for middle-aged actresses, and was truly lovely and romantic playing a woman who is still attractive, and whose heart is still open and receptive, to finding love in her life.  Her character even drives a sporty European red convertible, rather than a much less glamorous vehicle, that reflects her romantic and adventurous outlook.  It's one of my favorite Vera Miles performances. 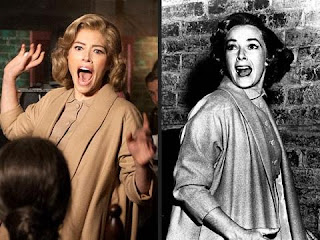 Anyway, I'll be very interested to see how they have portrayed Vera Miles on-screen in "Hitchcock."  I was heartened to see some very thoughtful and articulate interviews on YouTube with Jessica Biel, who plays Vera Miles in "Hitchcock," and who appears to have approached the responsibility of portraying Miles in a respectful manner very seriously.  In addition to doing the expected research by watching film clips and reading articles about Miles, Biel discusses how she conferred with Vera Miles's grandson in order to have an understanding of who Miles is as an individual.  Because we expect the current generation of young actors and actresses to be callow people who have no interest in the history of Hollywood, or of anything else prior to 1999, I'm glad to see that Biel recognized the privilege she had been handed in being asked to portray Vera Miles on-screen.  Even if Biel looks and sounds nothing like Vera Miles, she appears to have had enough respect for the subject matter to be conscientious about trying to get it right.  Biel even defends Vera Miles's career when a stupidly pretentious, no-nothing interviewer dismisses her post-Hitchcock career as being "almost all television."  Because of her sincere commitment to the role, perhaps Jessica Biel is not as unlikely a choice to play Vera Miles as I had initially thought.
Copyright and Posted by Hill Place at 5:07 PM