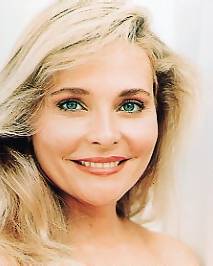 With the imminent release of "Skyfall" in the United States, the media has once again turned its attention to all things James Bond.  There are lists in magazines and online publications listing the "Top 10" Bond Girls.  Some of the choices have been ludicrous.  (The crass Jill St. John as Tiffany Case in "Diamonds are Forever"?  The narcissistic Halle Berry as Jinx Johnson in "Die Another Day"?  Please.)  And we are once again subjected to heavy-handed discussions regarding whether it is politically correct to refer to these characters as "Bond Girls" anymore.  (Respectfully, the term "Bond Women," because it adds an extra syllable, just doesn't have the same, snappy ring to it.)  However, there's one Bond Girl whose performance is always moving, who rarely gets mentioned in any discussions of the series, but whose performance deserves recognition.  It's Priscilla Barnes as Felix Leiter's wife, Della Churchill, in 1989's "Licence to Kill."

Della Churchill is introduced at the beginning of the movie waiting at the church for her fiance Felix Leiter, and his best friend/best man James Bond, to arrive at the wedding.  Leiter and Bond parachute down to the proceedings after having nabbed South American drug kingpin Sanchez (Robert Davi) moments earlier.  After Sanchez escapes from custody later in the day, his minions descend upon Leiter's house.  Leiter is tortured in the process and Della is killed.  This chain of events sets in motion the plot of the film, as Bond seeks out Sanchez for revenge in retaliation for what happened to Leiter and Della. 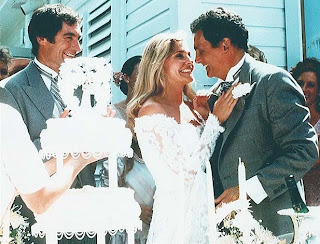 Unlike other women in the series, Della Churchill is not a spy or assassin, not the mistress or ally of some maniacal villain, nor someone with any sort of fantastical or exotic background.  She's an American civilian who comes from a presumably "normal," background.  It's her marriage to Felix Leiter, and his friendship to Bond, that puts Della in the center of a deadly plot beyond her experiences.  Della is one of the few women in the Bond series who has a mostly non-romantic, healthy relationship with Bond.  Even though Bond is seen, immediately after the opening credits, affectionately kissing Della by the wedding cake, it's more a sign of friendship and camaraderie, with only a subtle undercurrent of sexual attraction.  Bond and Della could have been interested in each other under different circumstances, but it's clear both have too much regard for Felix to ever act on that attraction.  The playful moment later on, when Della tosses Bond the garter belt under her wedding dress confirms that, despite mild romantic interest in Bond, she unselfishly hopes to see him someday in contented wedded bliss. 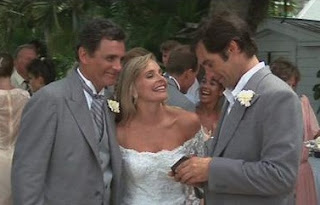 Despite only appearing in the first 25 minutes of "Licence to Kill," Della's fate resonates throughout the movie in more ways than one.  Bond scholars usually write that Bond is motivated to seek revenge against Sanchez because of the maiming of his "best friend" Leiter, but that never really comes across in the movie.  This is due to the fact that Leiter was constantly recast throughout the Bond series with various actors, as well as the fact that David Hedison (a fine, accomplished actor who previously appeared as Leiter opposite Roger Moore in 1973's "Live and Let Die") simply has no chemistry with Timothy Dalton's Bond.  It's hard to imagine them ever working together on a mission, much less becoming friends.  It might have been better for the film had the filmmakers brought back John Terry, who played Leiter in the previous Bond movie, "The Living Daylights" (1987) rather than Hedison.  Terry looks like he could be friends with Dalton and would have been more convincing had he been paired opposite Barnes. 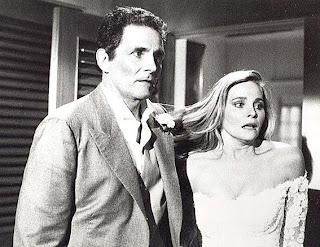 I have always felt that it is Della's death, rather than Leiter's maiming, by Sanchez's assassins that is the true motivation behind Bond's vendetta against the ruthless drug lord.  The screenplay strongly suggests this when Leiter explains to Della, after Bond reacts sadly to Della tossing him the garter belt, that Bond was once married "a long time ago."  This is a direct reference to the death of his only wife Tracy (Diana Rigg) at the end of 1969's "On Her Majesty's Secret Service."  Witnessing the death of yet another bride on her wedding day has stirred up feelings of grief and rage in Bond regarding Tracy's death.  He goes after Sanchez not just to avenge Della's murder, but also to bring closure to the guilt he still feels over his inability to protect his own wife years earlier. 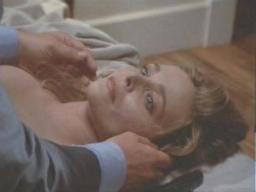 Della Churchill ranks among the notable women in the James Bond series whose deaths appear to have affected Bond.  Bond appears truly heartbroken when he finds Della's corpse.  In addition to the aforementioned Tracy, this includes Jill Masterson (Shirley Eaton) in "Goldfinger" (1964), Japanese spy Aki (Akiko Wakabayashi) in "You Only Live Twice" (1967), Countess Lisl (Cassandra Harris) in "For Your Eyes Only" (1981), Paris Carver (Teri Hatcher) in "Tomorrow Never Dies" (1997), Elektra King (Sophie Marceau) in "The World is Not Enough" (1999), and Vesper Lynd (Eva Green) in "Casino Royale" (2006).  Bond is simply not indifferent to her death the way he is with Paula (Martine Beswick) in "Thunderball" (1965), Plenty O'Toole (Lana Wood) in "Diamonds are Forever" (1971), Rosie Carver (Gloria Hendry) in "Live and Let Die" (1973) or Andrea Anders (Maud Adams) in "The Man with the Golden Gun" (1974).  This is due in no small part to Priscilla Barnes's warm and sympathetic performance as Della.  Even though she has only about a dozen scenes in the movie, Barnes makes the most of her limited screentime.  She makes Della effervescent, humorous, human.  (Barnes would have been more ideally cast as leading lady Stacey Sutton in 1985's "A View to a Kill" instead of Tanya Roberts.)  Barnes also walks away with the female acting honors in "Licence to Kill."  In contrast, leading lady Carey Lowell is simply too young, whiney, and inexperienced to convince us that she's a former Army pilot now working for the CIA.  Lowell later became a better actress starring on TV's "Law & Order," but at this point she is simply unable to make the most of what is one of the better-written leading lady roles in the entire Bond series.  And Barnes is still far better than second-female lead Talisa Soto, who is stiff and somnambulistic playing Sanchez's abused mistress.  The less said about Soto the better.  Barnes makes a stronger impression with a shorter part than either of her female colleagues on "Licence to Kill." 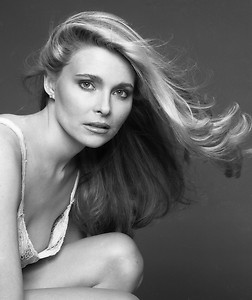 Priscilla Barnes is the rare actress in the entire James Bond series with an accomplished career both before and after Bond and is not remembered exclusively for her Bond Girl role.  She did not end up being typecast from Bond and has matured into earthy and unglamorous character roles playing mothers, mentally disturbed characters, religious fanatics, killers, nuns, mentoring race track mechanics, and other gritty/quirky parts that most other actresses who have appeared in Bond movies could only aspire to.  (She was superb playing Hillary Clinton in the play "Hillary Agonistes" which I saw at New York's Fringe Festival in 2007.)  Barnes is still remembered for her three-year tenure on the hit sitcom "Three's Company" from 1981 to 1984.  She even starred opposite previous Bond actor Roger Moore himself in the 1980 comedy "Sunday Lovers."  (Her skillful and lively comedic performance in that film opposite Moore lends credence to the notion she would've been more ideal than Tanya Roberts in "A View to a Kill.")  After "Licence to Kill," Barnes continued to forge an interesting and eclectic career, working in a variety of films including the Sean Penn-directed "The Crossing Guard" (1995) opposite Jack Nicholson, Kevin Smith's "Mallrats" (1995), and Rob Zombie's horror masterpiece "The Devil's Rejects" (2005).  In the latter film, Barnes again touchingly brings humanity and depth to another character who suffers a horrible death at the hands of ruthless killers, just as she did 16 years earlier playing Della Churchill in "Licence to Kill."
Copyright and Posted by Hill Place at 9:03 AM