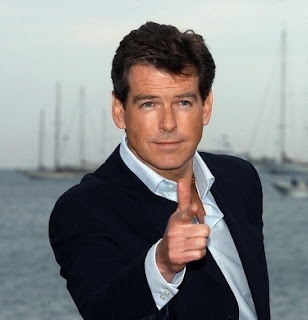 My late father, who died earlier this month after battling lung cancer, was a huge fan of the James Bond series.  From the time I was little, he introduced me to those films and we watched them together on frequent ABC telecasts, as well as went to see each new Bond film in the theaters on opening night.  I think he liked Sean Connery and Roger Moore equally--Connery for his tough/athletic presence, and Moore for his lighthearted confidence that made my father laugh with joy.  My father was a tough and kind-hearted man who endured many struggles throughout his lifetime.  As a child, he witnessed the Japanese occupation of China during WWII, and later (as a young man) he left China for Taiwan when the Communists (who he despised vehemently) took over China and he had to leave everything he knew behind.  As a result, because he experienced more in his lifetime than perhaps 20 people put together, he developed a wry and sardonic sense of humor.  When Timothy Dalton took over as James Bond, my father would refer to him in Chinese as "big nose," because of his prominent nostrils.  He once joked that "The Living Daylights" (1987) was the movie of the "big noses" because bland leading lady Maryam D'Abo's nose was almost as prominent as Dalton's and appeared to compete with his for screen time.  (The unfortunate pageboy haircut she wore in the film did not flatter her features.)  Because Dalton only lasted 2 films as Bond, I don't think he made much of a lasting impact on my father as Bond.  In the mid-1990s, however, when Pierce Brosnan was cast as Bond, my father was totally incredulous.  He used to watch Brosnan on the local ABC affiliate station in Los Angeles on late night airings of "Remington Steele."  He found him completely light-weight and insignificant, and used to diminutively refer to him as "Wawa." For the uninitiated, "Wawa" is the Mandarin Chinese expression for "little child." 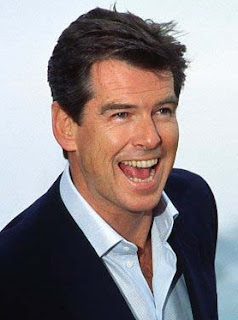 I used to ask my father why he could never accept Brosnan as James Bond.  My father said, "I watched him too much on that TV show.  He shouldn't try to play an action hero.  He doesn't have the physical presence or personality.  He is too thin and slight.  He should stick to doing silly little stories, like on his TV show, and run around laughing with charming young women like the one he worked with (Stephanie Zimbalist)."  At the time, I thought my father was being overly harsh.  But, with hindsight (and having seen what Daniel Craig has brought to the role of James Bond), I now completely understand what my father was saying. 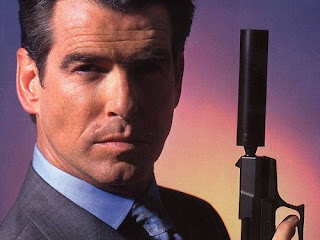 Last weekend, I was watching "Die Another Day" (2002), Brosnan's last performance as James Bond, on cable.  I remember a decade ago taking both of my parents to see that on opening night and I enjoyed it.  Ironically, my father said he actually thought Brosnan was OK in that film.  My father felt that, maybe because he was older, Brosnan seemed to have a little more gravitas.  But when I watched "Die Another Day" last weekend, I realized what was wrong with Brosnan as Bond.  He really was a light-weight actor, and his attempts to be serious and intense only came off as heavy-handed and artificial.  When he tried to be witty, his quips only came off as smug.  At one point in the film, Rosamund Pike's magnificently villainous Miranda Frost (the best thing about the movie) refers to Brosnan's Bond as "A blunt instrument whose primary method is to provoke and confront...He'll light the fuse on any explosive situation, and be a danger to himself and others."  In retrospect, that line seems to be more of a foreshadowing for Daniel Craig's interpretation of the role than any particular quality Brosnan himself brought to the character in that film or any of the other Bonds he did before.  Connery and Moore (and now Craig) all had a certain confidence and presence that made them seem believable as Bond.  There was a joy they brought to the role that Brosnan never quite succeeded at because Brosnan's attempts at projecting confidence only came off as narcissistic. 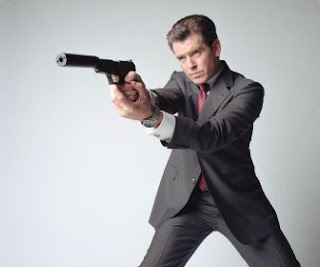 I wonder if it must really irk Brosnan to see Daniel Craig actually being allowed to bring nuance and character to Bond, when Brosnan complained bitterly for years that he had hoped to be able to bring depth to the role and was refused.  Craig's Bond has a certain arrogance about him, but it's coming more from a no B.S. directness rather than from a smug self-satisfaction that Brosnan brought to the role.  I was one of the people who questioned producer Barbara Broccoli's decision to replace Brosnan with Craig, but now I'm glad she did it.  It was a gamble that paid off, and refutes any notion that Broccoli and her half-brother Michael G. Wilson are afraid of taking chances with the series.  I must say that the one thing that Brosnan never brought to the role, but which Daniel Craig has, is a certain undeniable sex appeal.  Brosnan often came across as some ghastly matinee idol who would've been more comfortable in an episode of "Dynasty," rather than playing James Bond.  Brosnan was more "dandy" than "dapper."  He never projected the sort of raw masculine sensuality that Craig has brought to the role.  It is particularly telling how Daniel Craig seems to be redefining men's fashions with the perfectly tailored Tom Ford suits that he wears in his Bond films.  Craig has made elegant and fitted suits the unexpected clothing of choice for an action hero in a way that has not been seen since Cary Grant wore his legendary medium grey Glen Check suit in Alfred Hitchcock's "North by Northwest" (1959). 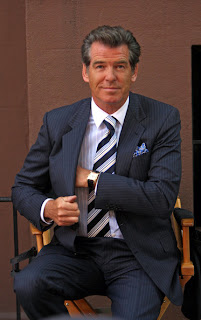 In contrast, bland Brosnan was never a trend setter in any sense of the word when he played Bond.  (Brosnan wore tailored suits in his Bond films, but he never cut as impressive a figure in them the way Craig has.)  Brosnan's take on the role attempted to meld elements of Connery's toughness with Moore's wit and charm, and the result that came out of it was a pale imitation of both.  Even though his films were financially successful, I think it's due to the fact that he appeared to meet the minimum requirements as to what the public expected from James Bond rather than him bringing anything truly inspired to the role.  As mentioned earlier, his attempts at bringing depth and nuance to the role, and the series, now appear forced and superficial.  Pierce Brosnan was a milquetoast who never had the cojones to create a truly daring and original interpretation of Bond.  To be fair, he might have been game for it, but didn't have the chops to pull it off.  In the end, he was, as my father called him, a "Wawa."
Copyright and Posted by Hill Place at 6:10 PM