A Grateful Acknowledgement to "TCM Remembers" 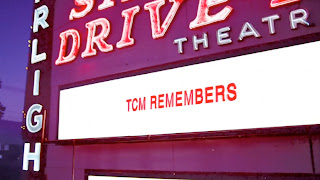 Turner Classic Movies has released its annual "TCM Remembers" tribute to film professionals who died during the calendar year of 2012.  You can see it here.  As I have mentioned before on this blog, my own father died last month.  The reason I mention it again is because, more than ever, I realize the importance of acknowledging the presence and contributions of people who are no longer with us.  I have always admired the "TCM Remembers" tributes much more than the annual Oscar "In Memoriam" segments during the Academy Awards ceremony because "TCM" Remembers" tends to be very inclusive in terms of who gets acknowledged.  I remember being heartened at how, in 2008, TCM included such names as Vampira ("Plan 9 from Outer Space"), Hazel Court ("Premature Burial," "The Masque of the Red Death" and "The Raven"), Julie Ege ("On Her Majesty's Secret Service," "Creatures the World Forgot" and "Legend of the 7 Golden Vampires"), and Roberta Collins ("The Big Doll House," "Caged Heat," and "Death Race 2000")--all cult movie stars dear to the hearts of us film aficionados, but who you don't really expect the Academy to acknowledge.  I recall that the esteemed Lois Nettleton--whose film credits include "Period of Adjustment" (1962), "Come Fly With Me" (1963), "Mail Order Bride" (1964), "The Good Guys and the Bad Guys" (1969), "Dirty Dingus Magee" (1970), "The Man in the Glass Booth" (1975), Wes Craven's "Deadly Blessing" (1981), and "The Best Little Whorehouse in Texas" (1982)--was excluded from the Academy Awards "In Memoriam" tribute for 2008, but was included in the "TCM Remembers" tribute reel for that same year.  TCM seems to have a more consistent, logical standard with which they choose who gets included in their annual tributes.  Even if they can't include everyone who may have worked in the movies who died in a calendar year, they at least try to cast as wide a net as possible.  The Academy seems much more random and arbitrary in terms of their selections. 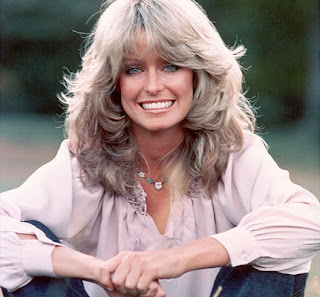 I was already troubled by the Academy's "In Memoriam" the year they excluded Dorothy McGuire and Peggy Lee, but included the tragic singer Aaliyah, who had only recently died in a plane crash.  In 2010, I was reminded of their strange standard of review when Michael Jackson's death was acknowledged, but Farrah Fawcett's was not.  The reason they gave was that Fawcett was better known for her television work and that they would leave it up to the Emmys to acknowledge her.  If that's the case, then Michael Jackson should have been excluded as well, and left up to the Grammys to remember him, because he was better known for his music than for anything he did in the movies.  Fawcett was indeed known for her TV work, but she also appeared in such feature films as Claude Lelouch's "Love is a Funny Thing" (1969) with Jean-Paul Belmondo; Myra Breckinridge" (1970); "Logan's Run" (1976); "Somebody Killed Her Husband" (1979); "Sunburn" (1979); "Saturn 3" (1980) directed by Stanley Donen; "The Cannonball Run" (1981); "Extremities" (1986); "See You in the Morning" (1989); "Man of the House" (1995) with Chevy Chase; Robert Duvall's acclaimed "The Apostle" (1997); and Robert Altman's "Dr. T and the Women" (2000).  Fawcett more than qualified to be included in that year's Academy Awards "In Memoriam" section.

It's been said before, but I'll say it again:  the Academy wastes precious air time with dumb musical numbers and comedy routines that no one really wants to see.  I would prefer it if they got rid of those sections and added more minutes to the "In Memoriam" section so that it could be more comprehensive and inclusive than it is now.  I realize that the Academy Awards are purportedly about celebrating excellence (ahem) in the cinema, but when it comes to the "In Memoriam" section, they really need to keep a more open mind about including people who may not be as acclaimed or as popular or as famous as the people they tend to choose.  There are a lot of professionals, in front of and behind the cameras, who have built careers in both films AND television.  It's an industry where the two mediums enjoy a very symbiotic relationship.  And just because a person found more success in one medium doesn't negate their contributions in the other.  I just feel that the decision-making process that the Academy chooses is far too arbitrary to be accurately representative of the kinds of people who have made contributions to the movies.  I don't expect them to ever really change their policy on this issue, so that's why I'm glad TCM continues to do a good job with their "TCM Remembers" tributes.  Sometimes, I feel TCM gets a little overrated by us movie aficionados because it is simply a repository of movies in their catalogue that they run in rotation.  And, as much as I like Robert Osborne as well, I think we also overrate him a little because of his role in hosting the programming on that channel.  As knowledgeable as he is, he didn't actually make the movies he introduces.  I get the feeling people forget that distinction when they praise both him and that channel.  But, at the end of the day, I still love them because they actually show respect and acknowledgement to us movie aficionados, as reflected in their attention to detail when they put together tributes such as "TCM Remembers."  TCM actually honors those of us who are film aficionados, rather than the Academy, which simply honors themselves.
Copyright and Posted by Hill Place at 5:50 PM