"Zodiac": A Noble Quest for an Ever-Elusive Goal 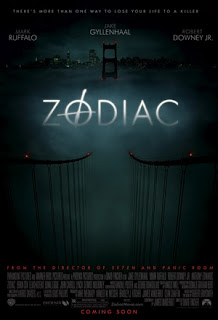 David Fincher's brilliant true crime mystery "Zodiac" (2007) was a very intelligent dramatization of the investigation into the slayings committed by the real-life Zodiac Killer in and around the San Francisco area in the late 1960s.  Being a native Californian, the story of the Zodiac was folklore that many of my generation grew up hearing about.  I was curious how Fincher would tell a story that really had no resolution.  I vividly recall how, throughout the screening I attended on the first night of release, many teenage boys walked out of the movie.  I got the impression they were bored because they were expecting a gruesome and sensationalistic "torture porn" slasher movie, like something out of the "Saw" series.  They were probably turned off by the fact that they were presented with a very thoughtfully-made and intelligently scripted film that treated the murders in a very matter-of-fact manner, rather than aiming for cheap shocks and thrills.  This became one of the reasons why I grew to respect and love this movie. 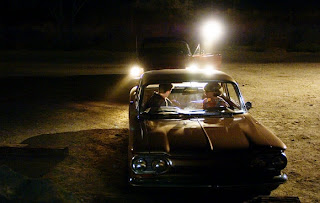 I know there are people who debate the factual accuracy of "Zodiac," which is a valid concern for any movie that purports to tell a true life story.  I'm not going to engage in a discussion of that aspect of the movie because I don't consider myself enough of an expert on the subject to be able to discern what was accurate or not.  But I can say that I truly appreciated the intelligence that Fincher and screenwriter James Vanderbilt brought to the story.  This was not a movie that attempted to wallow in the inner psyche of the killer, nor did it attempt to depict his crimes as gruesomely and tastelessly as possible for exploitative purposes.  The scenes depicting the real life murders are portrayed in a straightforward manner that, ironically, made these moments even more disturbing because you are reminded that real people were adversely affected by these crimes.  At the same time, the movie is blessed with wry, witty humor, while depicting the relationships between the characters, that is never disrespectful to the memory of the real-life crime victims.  The humor simply and realistically reminds us that horrible things happen in life, affects many people deeply, and yet the world goes on. 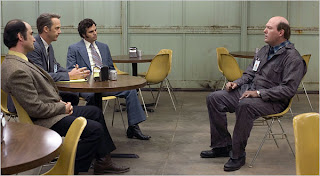 The movie's main focus in the first half is on the investigation conducted by the police (played by Mark Ruffalo, Anthony Edwards, Dermot Mulroney, Elias Koteas, and Donal Logue) and by a newspaper reporter (played by Robert Downey, Jr.) who are nobly attempting to unmask the perpetrator.  You get to see the methodical process the detectives and the reporter used in approaching their jobs.  There's one brilliantly edited montage cutting back and forth between the cops, as well as the reporter and his cartoonist colleague, as they talk amongst themselves about the evidence left behind at crime scenes, and what (if anything) that minutiae may indicate about the killer's patterns, tactics, and habits.  I liked how the movie showed how painstakingly slow it can be to figure out what an item left behind at a crime scene may represent.  However, this quality that I liked may be the reason why the movie turned off some audiences because it shows how the answers to such mysteries do not come quickly or easily to investigators. 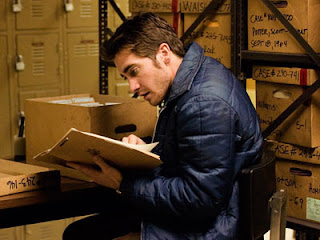 The latter half of the movie focuses on the efforts of the aforementioned newspaper cartoonist (Jake Gyllenhaal) to write and research a book about the Zodiac.  At one point, you see him combing through boxes containing police reports and key pieces of evidence that may contain the answer he is looking for.  There are no contrived action scenes or shoot-outs in his quest to find the truth.  He is even laughed at by several characters when he admits spending hours at the library gathering information pertinent to his research/investigation.  The film's painstaking depiction of the research and thought-process used by its protagonists reminded me of how my law school classmates and I were taught to apply a precise technique to evaluate the facts, spot issues, and utilize the resulting data to reach an informed conclusion while conducting legal analysis.  One of the best scenes in the movie, featured in the Director's Cut version on Blu-Ray and DVD, depicts the San Francisco detectives on a conference call with the District Attorney as they outline and articulate how the evidence they have gathered provides enough probable cause to issue a search warrant on the residence of their prime suspect.  Rarely, in movies or television, do you see the arduous process it takes to get a search warrant issued.  "Zodiac" is a movie that celebrates how answers to complex issues do not come from dumb luck or coincidences but through thoughtful research and analysis. 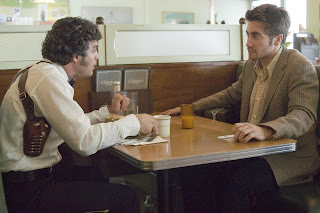 I have heard that the movie frustrated some people because of its low-key ending.  The movie never climaxes with a dramatic arrest scene, but instead dramatizes a late-night discussion inside a diner between the cartoonist and one of the police detectives on the case.  The cartoonist builds a compelling circumstantial case as to who the killer might be, but is then reminded by the detective that there is still not enough evidence to make an arrest.  The cartoonist makes the point, "Just because you can't prove it doesn't meant it isn't true," to which the detective replies, "Easy, Dirty Harry."  I think, for some audiences, the scene failed to provide the kind of cathartic ending they had hoped for.  However, this was another aspect of the film that I liked very much.  Despite being based on a true story, "Zodiac" is ultimately the story of fine men who spend years of their lives trying to achieve what is, ultimately, an ever-elusive goal.  Even though there were tremendous odds against these men being able to fulfill their goal, the movie makes it clear that that goal was still worthwhile.  In this uncertain and unstable age we live in, I found the movie's existential theme of working diligently to achieve something, even if the chances for success seem unlikely, strangely comforting and inspiring.
Copyright and Posted by Hill Place at 5:27 PM