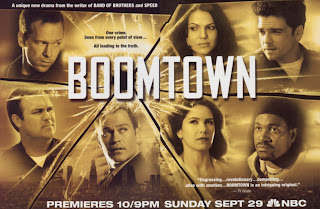 Ten years ago, NBC debuted the short-lived crime drama "Boomtown," the story of police officers, paramedics, reporters, and prosecutors who live and work in the metropolis known as Los Angeles.  It was often compared to "Rashomon" in that the structure of the episodes (at least, in the beginning) was to show different aspects of a crime told from the perspective of each of the characters.  Throughout an episode, you saw a particular incident from one point of view, and then you would take a step back and see that moment from another character's perspective.  It was not that each character saw it completely differently than the other.  It was that each character picked up on a piece of information that the other had not so that, by the end of the episode, you knew everything that had happened that brought about that incident.  The episodes are much easier to follow than the description I just provided, and they never failed to provide compelling television each week. 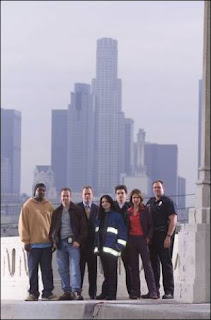 A couple of things come to mind as to why "Boomtown" was so special.  To begin with, it brought my hometown of Los Angeles to life in an authentic manner that looked and felt like the city I grew up in.  It seemed to understand that Los Angeles was not all glamour and not all grit, but a wonderfully eclectic combination of both elements.  It embraced both the surface and the underbelly of Los Angeles in an engaging way week after week.  Just as important, it created a gallery of characters whose company I enjoyed being with each week: Donnie Wahlberg was the sensitive LAPD detective Joel Stevens; Mykelti Williamson as Joel's eponymous partner Bobby "Fearless" Smith; Jason Gedrick as LAPD patrol officer Tom Turcotte (a second-generation police officer who feels competitive with Detective Stevens); Gary Basaraba as his sardonic and loquacious partner Ray Hechler; Neal McDonough as the intense and ambitious prosecutor David McNorris; Nina Garbiras as the wealthy and conflicted reporter Andrea Little, McNorris's adulterous lover; and Lana Parrilla as the heartfelt and conscientious paramedic Teresa Ortiz (whose mutual attraction with the married detective Stevens provided much underlying tension between these characters). 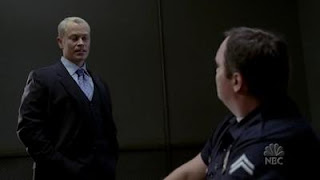 What made these characters so special was how dedicated they were to their professions and to doing what was right in the end.  Unlike the cliche of showing people who outwardly appeared decent, but were morally bankrupt underneath, "Boomtown" had characters such as seemingly corrupt (and loudmouthed) patrol officer Hechler and double-dealing prosecutor McNorris who appeared, at first glance, to be unsympathetic but whose humanity continued to illuminate their personalities in spite of themselves.  McNorris, in particular, turned out to be the standout personality in the entire cast.  He is egotistical, treacherous, adulterous, ambitious, manipulative, alcoholic.  On the surface, he appears to want to do everything necessary to further his political and career ambitions, but his conscience gets in the way of allowing him to be as sleazy as he expects himself to be.  What redeems McNorris is his hilariously sardonic outlook on everything around him, particularly himself.  He is a mean character who can be even meaner about himself, which makes his jibes at the other characters less hurtful than it might have been if he were single-mindedly self-aggrandizing.  In the end, McNorris proves to be one of the most sympathetic, sensitive characters in "Boomtown."  He loves his wife and his lover Andrea equally, but doesn't have the emotional maturity and confidence to do right by them, and ultimately wants to ensure that the criminals that threaten Los Angeles are dealt with appropriately.  Despite his flaws, he ends up being the person you want most on your side. 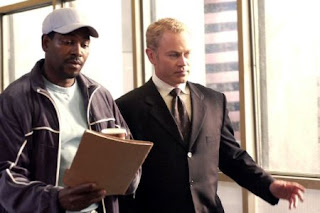 When "Boomtown" debuted in Fall 2002, it was critically acclaimed and it looked as if it had a bright future ahead of itself.  I looked forward to spending the next several years becoming more and more acquainted with this wonderfully nuanced cast of characters.  But it wasn't to be.  NBC, put off by the fact that "Boomtown" wasn't an immediate ratings blockbuster on the level of their "Law & Order," "Dateline," and reality TV nonsense, instituted changes to the series after the first 12 episodes.  They put the show on hiatus; made changes the multiple-perspectives format of the series so that the stories would be more linear, less circular, in structure; and focused the storylines more on the police and the prosecutor, and less on the reporter and paramedic perspectives, in an effort to reach out to the "Law & Order" audience.  All of these measures ensured that "Boomtown" would have less opportunity to reach the audience it needed in order to become a viable hit.  I still maintain that the show was not so oblique and esoteric that it was above the heads of general audiences.  It just needed to be nurtured, and NBC didn't have the patience for that.  But it was so critically acclaimed, NBC seemed forced to bring it back in spite of itself. 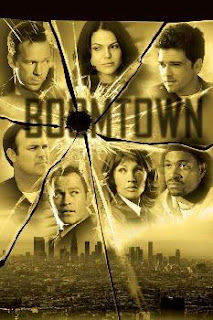 In the second season, reporter Andrea Little was phased out of the cast; Vanessa Williams was brought in to, essentially, replace Andrea as a female police captain who appeared to be a potential love interest for David McNorris; paramedic Teresa Ortiz's character joined the police academy (perhaps in an effort to integrate her further into the storylines, as the series was abandoning the paramedic perspective); and the show was moved from Sunday to Friday nights.  The first two episodes of Season 2 did so poorly in the ratings that the show was abruptly pulled from the air and ceased production after just six episodes.  I remember the remaining four completed episodes were aired over two nights on December 27th and 28th, 2003.  I savored those episodes as I knew I was watching the end of something special.  The Season 2 episodes were all quite good and showed the promise the series continued to have even in its modified state.  Vanessa Williams proved to be a good addition to the series.  I even had hopes that maybe the series would bring back reporter Andrea Little later on if it had had a chance to survive. 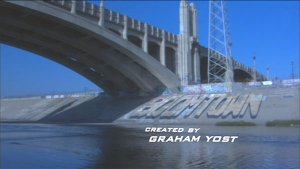 I still mourn the fact that NBC did not allow "Boomtown" to complete its initial 13-episode order for its second season.  We would have at least had seven more episodes to spend time with these wonderful characters before they would be wrested away from us forever.  Even though it's been almost a decade since "Boomtown" ended, I still think about what a missed opportunity it represented.  I think the show would do much better now than it did back then.  Sometimes, I wish the show's Executive Producer/Creator Graham Yost would pitch an idea to a cable network like TNT for a series of reunion TV movies in order to see where these characters are 10 years later.  At the very least, it would give those of us who still care about "Boomtown" the sort of satisfying closure we were denied.  Anyone else agree?
Copyright and Posted by Hill Place at 9:31 AM