I Don't Worry About Barbara Harris' Albuquerque in "Nashville" 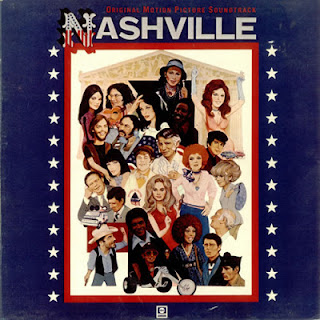 Whenever critics and film buffs get into discussions of the top actors and actresses working in films throughout the 1960s and 1970s, one person who doesn't get mentioned enough is Barbara Harris.  An attractive, pixie-ish blonde who started out on Broadway (she won a Tony for the musical "The Apple Tree" in 1967), Harris had an impressive run of movies from the mid-1960s, starting with her debut in "A Thousand Clowns" (1965), and extending into the late-1970s.  She was unique in that she can't quite be regarded a "Broadway" actress because she stopped working in that venue by the late-1960s, and didn't exactly become known as an actress who worked exclusively in films from that point on because her appearances on-screen were occasional and sporadic.  She didn't even utilize television as her "bread and butter" medium with numerous episodic TV guest appearances to her name the way other stage-oriented actors from New York have been known to do in order to make a quick buck.  However, when she did work in the movies, Barbara Harris' performances were usually effervescent and impressive. 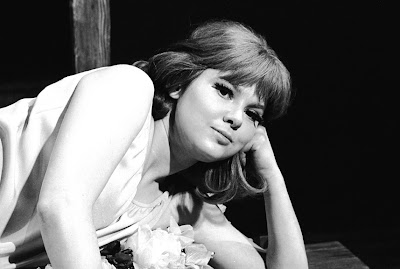 Barbara Harris was a marvelously detailed and expressive actress who understood just how far to take her characters on-screen without overacting as if she was projecting to the last seat in the theater.  She was a warm and endearing presence on-screen who always made her quirky characters human, decent, and understandable.  She brought out unconventional nuances in her characters that were never self-indulgent or inappropriate, but that always seemed perfectly integrated with her roles.  Her pickiness in choosing her movies meant that we would have a limited number of films to savor her in, but it also ensured that we would never get tired of watching her from overexposure like we do with other actresses who don't know how to select their roles carefully.  I think the high point in her career came in 1975 when she starred in one of the films that she is most closely associated with in her career, Robert Altman's "Nashville" (1975).

In "Nashville," Harris played probably the most hopeful and optimistic of all the 24 characters in that film, the wayward Winifred, wife of irascible farmer Star (Bert Remsen) who abandons her husband in the middle of a freeway pile-up driving into the city of Nashville and pursues her dreams of becoming a country music star.  When she ditches her husband, she rechristens herself "Albuquerque" and begins to insinuate her way into any opportunity where she can try to make contacts and make an indelible impression upon the people she meets who she hopes will help further her goal.  Unlike practically all the other characters in the movie--who are portrayed as unhappy, pathetic, devious, manipulative, miserable, or delusional--Albuquerque is probably the most optimistic and happiest character in the movie.  She's willing to stick her neck out in any situation so long as it helps her become a country music star.

One of Albuquerque's most endearing moments is when she's caught backstage at the Grand Ole Opry by a security guard asking her to produce her backstage pass.  Even though the security guard has taken her by the arm and won't let go, Albuquerque never loses her cool as she tries to bluff her way out of the situation.  When country music sensation Connie White (Karen Black) suddenly appears, on her way to the stage, Albuquerque attempts to make conversation with the disinterested Connie White in an effort to keep from getting thrown out.  Even as Connie White gives a silent directive to the security guard that indicates "I don't know this person, keep them away from me," Albuquerque continues chattering away, anything to keep the discussion going long enough to ensure her continued presence at the Opry.

The reason I don't consider Harris' Albuquerque to be delusional has to do with the scene early in the movie where she is walking alongside the highway with Kenny Frasier (David Hayward), who asks Albuquerque about her life and what she's doing in Nashville.  Albuquerque explains, "Well, I know it sounds arrogant, but I'm on my way to town, if I ever make it, to become a country-western singer or star."  When Kenny asks what she plans to do if she doesn't make it, Albuquerque responds, "Oh, I could always go into sales...Well, I know all about trucks, so I'd go into trucking, I guess...No, I'm not kiddin' you.  I'm in a truck enough.  And I know how to fix motors and all that."  When Kenny condescendingly remarks that no one would ever buy a truck from a girl, Albuquerque becomes frustrated and annoyed and says, "I been fixin' motors a long time.  They'd buy 'em from me 'cause I know all about motors.  Why do you say that?  See, what's happenin' is, if I can't sell trucks and I can't go..."

In this scene, we get a sense of who Albuquerque is and what she has done with her life prior to running away from her husband.  We learn that she's a mechanically inclined individual who already has a contingency plan in place in case her pursuit of a singing career proves fruitless.  She knows the extent to which the odds are against her and hasn't put all her eggs in one basket.  Her acknowledgement at the start of the scene that her aspirations of fame as a singer "sounds arrogant" demonstrates the extent to which she is a realist, unlike the equally hopeful waitress Sueleen Gay (Gwen Welles) who has no clue how untalented she is and how she is a long shot for ever becoming a successful singer.  Albuquerque simply wants an opportunity to see if she can fulfill her dreams, rather than passively suffering in silence back at the farm she shares with her husband.

Albuquerque might get frustrated with the condescension of doubters like Kenny and her husband, who chases her throughout Nashville in an effort to try and bring her back home, but she never gives up even when her singing debut at the Nashville speedway is drowned out by the engines of the race cars competing on the track.  In a cast made up of defeatist, downbeat and narcissistic characters, Albuquerque shines bright because of her endearing scrappiness.  We admire her gumption when she sneaks into the political smoker that John Triplette (Michael Murphy) and Delbert Reese (Ned Beatty) are hosting to raise money for Presidential candidate Hal Philip Walker and has stolen a piece of steak, probably from the kitchen, that she eats while holding it in her hand with a napkin, picking pieces from it with a fork.

While there, she overhears John Triplette and Delbert promise the gullible Sueleen that she'll have a chance to sing at the political rally that Walker is hosting the next day if she agrees to strip for the audience.  Albuquerque makes sure to attend the rally in order to see if there might also be an opportunity for her to sing as well.  For Albuquerque, nothing is too difficult or intimidating if it helps her achieve her dreams.  She has no sense of entitlement and is willing to sleep in unlocked cars, hitch rides with well-meaning strangers like Tricycle Man (Jeff Goldblum) and Wade Cooley (Robert DoQui) in order to get around Nashville's large metropolitan area, and work hard in order to survive, but she's smart enough not to be manipulated like Sueleen is by unscrupulous predators like Triplette and Delbert, who don't have her best interests at heart.

That's why it's so satisfying at the end when, after Kenny has assassinated country star Barbara Jean (Ronee Blakely) at the political rally for Hal Philip Walker at the Parthenon in Nashville's Centennial Park, Albuquerque takes the microphone from a wounded and dazed Haven Hamilton (Henry Gibson) and begins singing Keith Carradine's pessimistic, yet ironically uplifting, anthem "It Don't Worry Me."  With its lyrics describing unending optimism in the face of fiscal, social, and political strife, "It Don't Worry Me" perfectly reflects Albuquerque's proactive can-do attitude.  Many people have interpreted the ending of "Nashville" as being a cynical, modern-day variation on "42nd Street" (1932) and "A Star is Born" (1937) because of its depiction of a talented unknown being given a chance to shine in the spotlight, but this big break didn't merely happen to Albuquerque by chance.  Unlike the other characters, especially the pathetic Barbara Jean, Albuquerque has no time to wallow in self-pity and has created this opportunity for herself at the end of the movie through a combination of ambition, shrewdness and initiative.  Albuquerque knew how to position herself to be at the right place at the right time.  She's one of the few characters in "Nashville" who doesn't feel sorry for herself, which is why she's also the only one who truly understands what the lyrics of "It Don't Worry Me" really mean.

What I like about the ending is that, even though we realize how Albuquerque actually has genuine musical talent, she isn't portrayed as someone who has a pitch-perfect, crystal-clear voice.  That would have been too unrealistic and undermined the dramatic and emotional credibility of the moment.  As Harris sings "It Don't Worry Me" in a raw, heartfelt manner we realize the extent of Albuquerque's innate ability to get to the essence of a song and inspire an audience to share the experience of it with her.  We sense that Albuquerque's hard work may start to pay off and that she may be on the brink of a promising career as a recording artist.  Keith Carradine's Tom Frank, whose character is the one who originally wrote and recorded "It Don't Worry Me," may have intended the song to be a cynical, defeatist anthem about nihilism, but Albuquerque does the seemingly impossible and turns it into a song about hope and perseverance.  In so doing, she inspires the shocked and traumatized audience, who have just witnessed Barbara Jean's assassination, to calm down and join her in a rousing celebration of optimism and survival.  That's why I consider Barbara Harris' Albuquerque the only person in "Nashville" with their act together, and also the only that no one needs to worry about after the credits have rolled.
Copyright and Posted by Hill Place at 4:16 PM