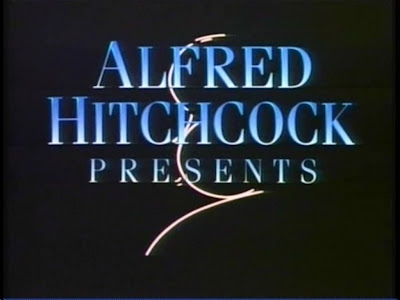 In the mid-1980s, one of my favorite hours of television was the back-to-back half-hour anthologies that NBC offered for the 1985-86 season.  On Sunday at 8:00 PM, we were treated to an episode of "Amazing Stories," a fantasy, horror, and science fiction anthology series produced by Steven Spielberg, and at 8:30 PM right afterwards was "Alfred Hitchcock Presents," a revival of the classic 1950s/1960s anthology series that remade many episodes of the original series, using colorized versions of the original episode's intros and closings featuring Hitchcock himself, but made with their own unexpected twists and unique spin to them.  Both shows were produced by Universal and received great publicity and attention that season.  However, given the level of attention they received, neither show was a ratings hit and "Amazing Stories" was ultimately cancelled after two seasons. 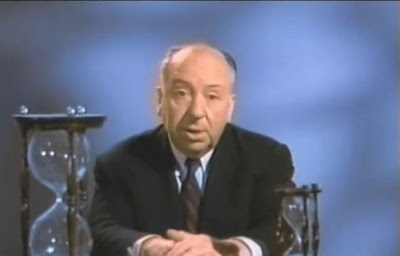 "Alfred Hitchcock Presents" only lasted one season on NBC and later continued on the USA Network in increasingly inferior episodes that were produced in Canada.  It's a shame, because for that one season, when they were paired side-by-side, both shows provided a stimulating, imaginative, and exciting modern-day twist on the sort of anthology storytelling that hadn't been tried by network television for quite some time.  I loved them both, but I think I preferred the darkly suspenseful and witty storytelling of the "Alfred Hitchcock Presents" half of the hour.  There were some very good episodes produced that season on NBC, but my favorite segment was the one entitled "Prisoners" starring Yaphet Kotto and Cristina Raines, which aired December 8, 1985. 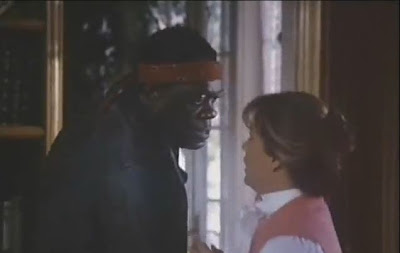 In the episode, Cristina Raines plays Julie Nordstrom, an upper middle class housewife whose husband Glen is continually absent on business trips.  Julie's only friend is her white dove named Mr. Chips as she spends her days watching game shows on television and caring for her home.  Her sheltered existence is turned upside down when her home is invaded by escaped convict Jack Royce (Yaphet Kotto) who at first terrorizes Julie and orders her to cook for him.  As Jack enjoys the luxuries of Julie's house, the two become acquainted and find that they actually have much in common with one another.  They both enjoy the same game shows and they both realize they are lonely individuals who each felt stifled, isolated, and imprisoned in their own confined existence. 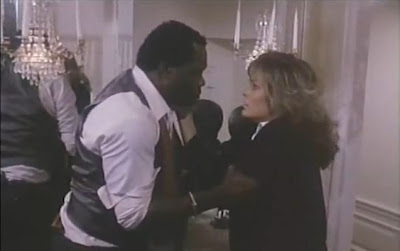 When Jack says that he plans to escape to Jamaica, Julie announces that she intends to accompany him as his "hostage" for a week so that she can finally travel without her husband.  Julie starts packing her luggage when the phone starts to ring.  Jack becomes alarmed that someone might be alerted to the house if Julie doesn't answer the phone and act like everything is OK.  At gunpoint he forces Julie to pick up the receiver and tell the caller that everything is normal at the house and that her husband Glen is expected back home at 10:00 PM.  Jack later apologizes for having been rough with Julie.  He asks her if she still wants to go with him and Julie declines. 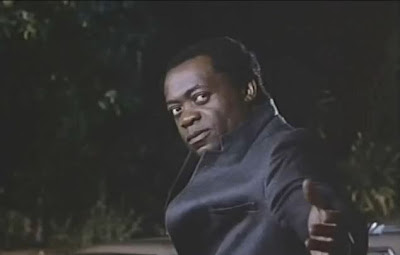 The festive mood broken, Jack leaves the house as night falls, only to find himself confronted by a SWAT team who have surrounded them.  As Julie watches helplessly, Jack turns to her and says "People weren't meant to be prisoners, Princess" and pulls his gun on the officers.  He is shot down in a hail of bullets.  As the SWAT team members surround Jack's body, one of them muses aloud, "I can't believe she got him to fall for that trick...Mrs. Nordstrom's deaf...She can't communicate except by reading lips.  She can't talk on the telephone."  Later, with her bags packed, Julie releases her dove Mr. Chips from his cage and leaves her imprisoning home forever. 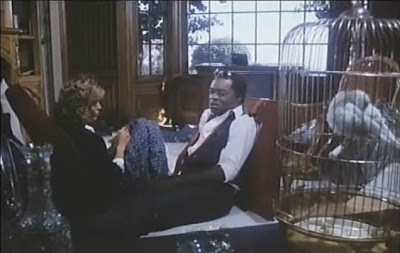 A poignant and insightful episode, the "Prisoners" segment of the new "Alfred Hitchcock Presents" is a remake of the January 15, 1956 segment of the original series entitled "You Got to Have Luck."  John Cassavetes played the escaped convict in that episode, with Marisa Pavan playing the hearing impaired housewife held hostage.  Even though the original episode is a good segment on its own terms, it has nowhere near the depth and nuance of the "Prisoners" remake starring Kotto and Raines.  Kotto brings a swaggering, bull-in-the-China-shop quality to Jack that masks his sensitivity and vulnerability.  Even though Jack is undoubtedly a dangerous criminal, he also has an honesty and directness to him that allows Julie to eventually see through his tough exterior and grow fond of him.  He helps encourage Julie to break out of her shell by pointing out how the refined and pristine household that her husband Glen has established for her to maintain has become its own prison-like environment.

I particularly like the scene where Jack enjoys the living room and notices how all the furniture are covered by protective plastic and that the nuts are all stale because Julie and Glen have never had guests over in the entire time they've lived there.  Julie reveals that it's not easy making friends in such a private and rarefied neighborhood, because everyone keeps to themselves, and that they've moved four times in seven years.  Jack responds, "Oh, I know what you mean.  My father moved me about when I was a kid.  And I hated moving.  And sometimes I think that if it weren't for all that moving around I might not have been a criminal."  An incensed Julie chastises Jack and asks him, "Am I supposed to feel sorry for you?!...Who do you think you are?!  I mean you come in here waving your gun and scaring me to death!  Don't you expect me to feel sorry for you and your 'deprived' childhood!  I won't do it!  I mean there are other people who have problems.  They don't have guns!  And they don't go to prison!...I've got problems too and I don't have a gun!  I don't go out terrorizing people in their own home!...And I don't particularly like the plastic on the sofas either!" 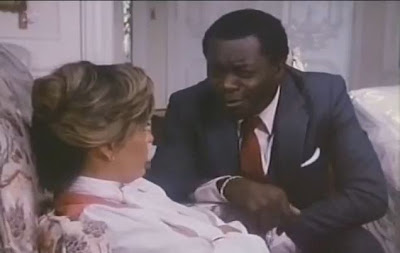 In so doing, Julie gets Jack to see the hypocrisy of his statement, which causes him to apologize for playing "victim" to her when he has been victimizing her at gunpoint all afternoon.  Concurrently, Jack gets Julie to see the irony of how her husband Glen has created an imprisoning atmosphere for her by covering the furniture with plastic and making her feel unwelcome to spend time in her own living room.  As Julie admits to Jack, "I just never come in here...I consider it Glen's room."  Jack encourages Julie to free herself from the confines of her existence by reminding her, "This is your living room, too" and proceeds to cut open the plastic covering the furniture.  A shocked Julie says "You're crazy."  Jack corrects her, "You're crazy.  This is your living room.  And you're afraid to come in it!" 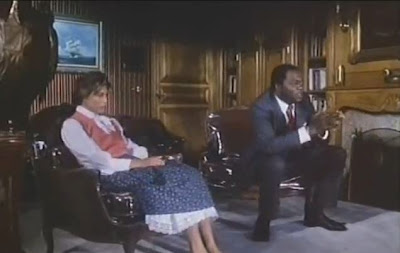 Jack and Julie become more at-ease around one another when they realize that they are both game show fans who watch "The Price is Right" and "Wheel of Fortune" every day.  As Jack starts to understand Julie better, he apologizes and tells her, "I'm sorry about your sofa and all.  As soon as the sun goes down, I'm out of here.  I'm out of here and you'll still be afraid of going into your living room!  I mean, you're just as much a prisoner in this house as I was yesterday!  Only I blew that top.  I'm never going back."  Jack's words resonate with Julie as she takes out a knife while Jack sleeps and starts cutting open the plastic protective covering on the furniture. 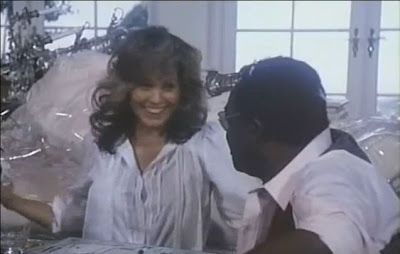 As the day progresses, Julie continues to break out of her shell in Jack's presence.  They begin cutting open all the furniture, not just the plastic, and start tossing the feathers and stuffing inside into the air.  At one point Jack opines, "You know something?  This place is disgusting!"  Julie laughs and responds, "I think it looks lived in!"  We further understand the extent of Julie's sense of confinement when she refuses to be the Iron while playing Monopoly with Jack because, as she puts it, "I'm gonna be the Top Hat this time.  I think the Iron is a symbol of oppression."  We realize that Glen had long stopped seeing Julie as a genuine partner long ago and began to see her more as a servant and as one of his belongings.  Even though Jack may have initially terrorized her, his entry into her life became Julie's wake-up call to take proactive measures to do something about her life. 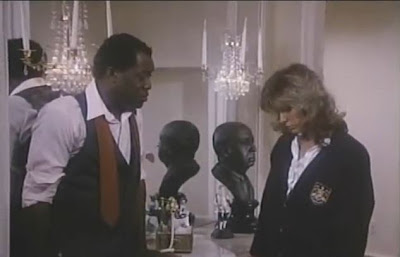 What makes the episode work is the effortless chemistry between Yaphet Kotto and Cristina Raines, both of whom started their careers appearing in offbeat feature films in the 1970s.  Kotto continually brings out the warmth and humanity of Jack, while Raines effectively demonstrates Julie's stifling repression and suppressed sense of childlike enthusiasm.  Raines has the more difficult role to play, as she has to maintain an air of mystery in order to conceal the knowledge of Julie's hearing impairment from the audience until the very end.  As such, the role allows Raines to play to her strengths as an actress as she has always been effective at playing roles that combined earthy intelligence with an intriguing air of mystery as well.  Because of the fine performances of Kotto and Raines, you really grow to care for these two individuals throughout this episode, and it packs more depth and nuance within its 30 minute running time than most 2 hour feature films. 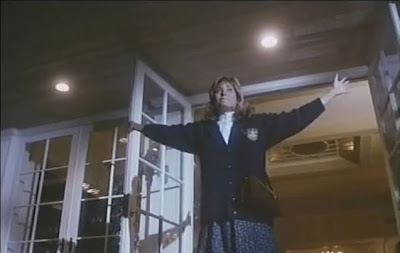 Later, in the episode, after Jack grabs Julie when the phone is ringing, and forces to to answer it, there is a genuine sense of loss as Jack's violent gesture breaks the mood and causes the bond established between these two individuals to be severed.  I remember feeling sad at the first viewing of this episode over 28 years ago upon realizing that their friendship has no chance of continuing.  You realize that Jack and Julie have no future together on the run, even though Julie asks Jack "Are you sure you have to go?" when he announces that it's time for him to depart.  As Jack tenderly kisses Julie before leaving, you sense that this unlikely pair of individuals have fallen in love with each other in the short time they've been together.  Even though Jack dies in a hail of gunfire at the end, his death was not in vain, as he ultimately helps to give Julie the courage to leave her own prison forever.  The final scene, of Julie opening up her patio doors, releasing her fellow "cellmate" Mr. Chips from his cage, and walking out into the night with her luggage, has a quiet poetic quality that has been lost from current network TV shows, which now tend to emphasize the obvious and overt.  The scene is haunting because Julie has finally left her confining existence now that she has the courage to face an uncertain future.  It's because of episodes such as these--which combined elements of suspense, dark humor and unexpected poignancy--that the 1980s NBC remake of "Alfred Hitchcock Presents" proved to be such a worthy companion piece to the original series.
Copyright and Posted by Hill Place at 5:13 PM